One of the most well-known and outspoken Punk icons of all time is Henry Rollins.

Henry Rollins started his musical career when he took over the lead vocals for the Punk band Black Flag in 1981. Little did Rollins know, but that was just the beginning of a very prolific career that expanded from music to spoken word shows, movie roles, TV hosting, DJ and author.

I’ve personally met Rollins six times over the years, mostly after his spoken word shows, of which I highly recommend watching or attending at least once – it is an experience like none other. I also own almost all of his books – I had them all, and autographed, but they got divided up in my divorce. Luckily I managed to keep the autographed and framed poster from his spoken word tour back in 2001. I waited in bitter cold temperatures in Cleveland to see and talk to Rollins after his show, so I earned that poster!

Rollins has been an inspiration to me, from his books, spoken word tours and his TV show that appeared on IFC, The Henry Rollins Show. He is the embodiment of what Punk means to me – an outspoken, creative and no-holds-barred approach to life.

I highly recommend his book anthology The Portable Henry Rollins, which combines some of his best work from books like the seminal Black Coffee Blues, Do I Come Here Often? and Solopsist.

To further explain Punk and the spirit of Punk Rock Flea Market Lorain, and to help Henry Rollins celebrate his 55th Birthday today, here is a playlist of some of his best spoken word and interviews from YouTube. I can only hope that his words inspire, educate, and entertain you as much as they have me over the years.

Happy Birthday, Henry! I look forward to many more years of your words, both spoken and written.

Laura Bock, an old-school punk/goth hybrid, is a writer and photographer from Lorain, Ohio. A self-proclaimed Jane of all trades, Laura is a recovering 80’s hairspray addict and prefers her Doc Martens and combat boots over a pair of heels any day. In addition to her blog, Laura’s writing can also be seen on The Tattooed Buddha, Elephant Journal, Rebelle Society, Be You Media Group, and Pucker Mob. She was also a featured writer with the now defunct webzines, Indie Chicks and Skirt Collective.

This site uses Akismet to reduce spam. Learn how your comment data is processed. 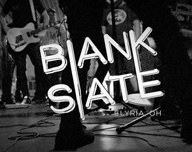 Make sure you’re social distancing when you are

More awesome patterned masks! If we have to do thi

Need masks? Here is the first of many posts coming

We are all in this together - young and old - in O

Happy Friday!!! Just in case you needed a reminder

Web Design by Outside The Bock